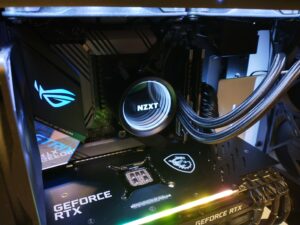 A common request we receive is from those who want to build their own PC, with their own parts they’ve purchased (or parts reused from a previous build), but don’t have the time or knowledge to actually assemble it themselves. Well, we would love to assemble your PC for you!

We’ve built many hundreds of PCs over the last two decades, and know all the pitfalls and gotchas that can trip up novice builders!

We will make sure it’s wired neatly and cleanly, both for reasons of aesthetics and airflow. We will install custom air or water cooling solutions, RGB lighting, fans, or anything else so that it looks exactly like you want.

And like our Custom Desktop PCs, we verify the stability of each system we build with a rigorous set of tests and benchmarks.

(Note: To differentiate it from the custom desktop PCs you purchase from us, we call this service an “assembly”, since they’re parts you already own).

Ready to get started?

Give us a call at

or send us an email by clicking the button below.